It is important to note that Gavin Newsom was selected by elites to replace Willie Brown. Ed Lee worked under Willie Brown as City Manager, a post whose powers Brown had watered down substantially.

Before Ed Lee served as City Manager, he had been in charge of DPW, an agency now headed by Breed “mentor” Mohammed Nuru, who has presided over unconscionable sweeps of encampments inhabited by San Francisco’s abandoned people.

The essential players in the power structure, despite their horrific record (gentrification, eviction, displacement, outright tech colonialism of the city and its streets and commons) have not changed in decades.

“After that, the Chinese share of the voting public continued to grow, providing Brown’s successor, Gavin Newsom, with his margin of victory in 2003. Newsom would prove less solicitous of the Chinese community than Brown, but by then it hardly mattered. The wheels were turning faster. The return to district elections in 2000 (replacing at-large elections, which had been in place since the 1978 assassinations of Moscone and Supervisor Harvey Milk) yielded a bumper crop of Chinese-American supervisors within the decade. And, of course, when Newsom ascended to Sacramento, he helped engineer the installation of Ed Lee as interim mayor—the new, extravagantly mustachioed face of the establishment.” 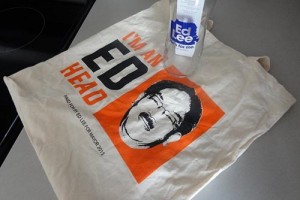